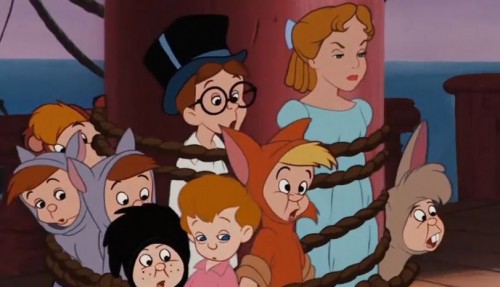 Pogo, the stage name of music producer Nick Bertke, is back with a new Disney Pogoism. The artist blends voices and songs from Disney films and slyly cuts and remixes them to make a new song.

This new one is called “The Trouble” and it features clips from Alice In Wonderland, Peter Pan, Aladdin, Mary Poppins, The Little Mermaid, and Dumbo.

It’s my understanding that Disney licenses Pogo’s movies. In this case Pogo cut the music and the video was edited by Joshua Kersaw.

What do you think about The Trouble by Pogo?

Previously: Bloom and Upular by Pogo