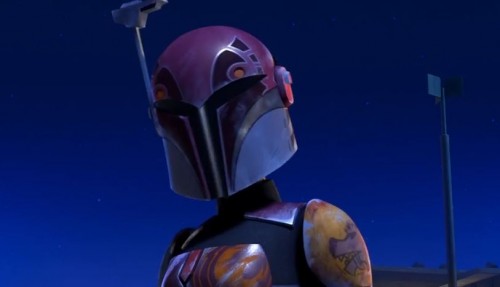 In “Art Attack,” the second Star Wars Rebel short, the Mandalorian armored Sabine sneaks into an Imperial compound, looking to create a diversion for her friends aboard the Ghost. Spotted by stormtroopers, she proves teases, taunts and proves too quick to be captured. Finally, she leaves behind an explosive surprise.

Scheduled to premiere in October 2014 as a one-hour special telecast on Disney Channel, Star Wars Rebels will be followed by a series on Disney XD channels around the world.

previousThe cast and crew of Marvel’s “Ant-Man” Get to Work on Feature Production
nextWhat if Michael Bay Directed Pixar’s Up?