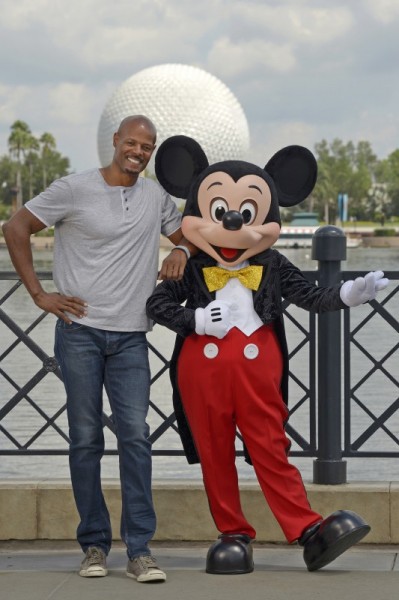 Yesterday at EPCOT, Mickey Mouse was spotted palling around with comedian, actor & director Keenen Ivory Wayans. Among other accomplishments, Wayans directed “Scary Movie,” the highest grossing movie ever directed by an African American. He also co-created the Emmy Award-winning show “in Living Color,” and has just completed a season as a judge on the NBC competition show “Last Comic Standing.”