Guardians of the Galaxy: Dancing Groot Video, Plus More Behind the Scenes Clips 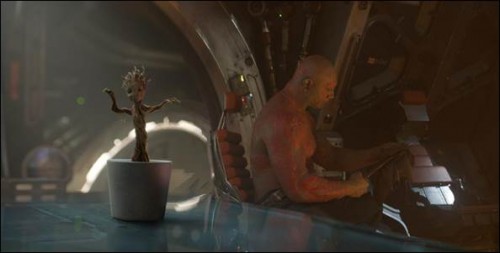 This is a bit of a spoiler for those who have not yet seen Marvel’s hit blockbuster space adventure “Guardians of the Galaxy,” but it’s one of the most wonderful parts of the movie, so I’m sharing it. This “dancing Groot” clip original airs during the credit sequence:

Also released by Disney as part of the promotion was another behind the scenes look at how the props and costumes for the film were created.

This time there’s a focus on the Nova corp: