Frozen on Once Upon A Time, Elsa & Anna Story Is a Big Warm Hug 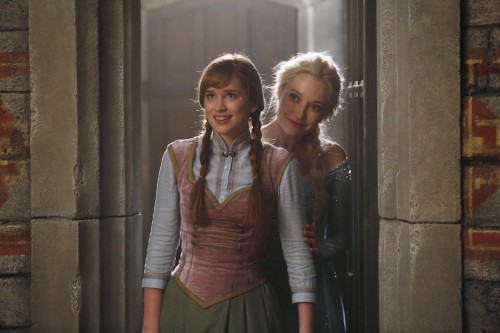 The hit Disney/ABC show Once Upon A Time was created as a way for Disney to tap into our love of classic Disney characters by updating their stories for a modern world. It’s been a big success and is currently entering it’s 4th season. 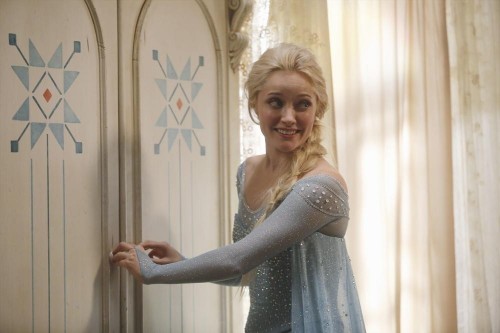 In season four, the show will be introducing a story based on the recent Disney film Frozen. As part of the story, we find Elsa helping Anna and Kristoff as they prepare for their marriage. The happy couple is even registered at Wandering Oaken’s Trading Post and Sauna. There even appears to be a wedding dress in the photo below 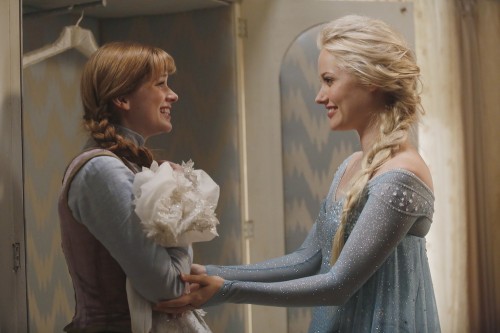 Anna is played by Elizabeth Lail and Elsa by Georgina Haig. How well do you think they did in capturing the characters?

The new season begins September 28. Will you be watching?

Previously: First photos of Disney’s Frozen from set of OUAT.