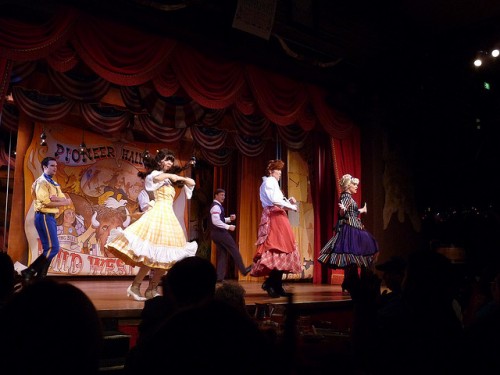 For 40 years the smell of good food and the sound of great entertainment has been filling the Pioneer Hall at the Fort Wilderness Campground as part of the Hoop Dee Doo Musical Revue.” It started back in 1974 when it was known as “The Pioneer Hall Show” and has since become the longest running musical in the history of American theater (at least according to D23).

In 2011, parts of the show were rewritten after the theme song was found to be based on a song by Perry Como. But other than that, it’s basically the same show for 40 years, which is pretty unique, even for Walt Disney World.

Disney has invited some members of the online media to be a part of the 40th anniversary celebration for the Hoop Dee Doo Revue in September. They sent this really cool package with an actual cast iron pan and a recipe for some Pioneer Hall corn bread. I’m definitely honored and plan to attend. 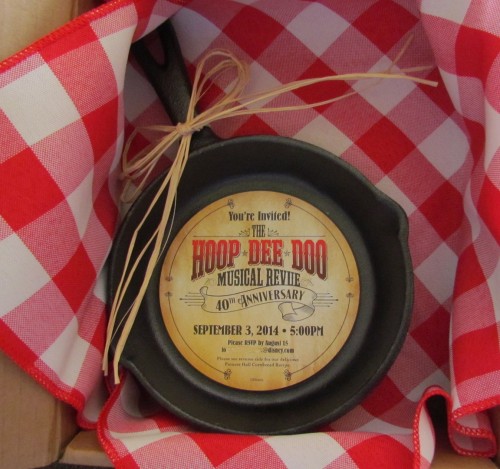 Have you ever experienced the Hoop Dee Doo Revue? What did you think of the show and food?