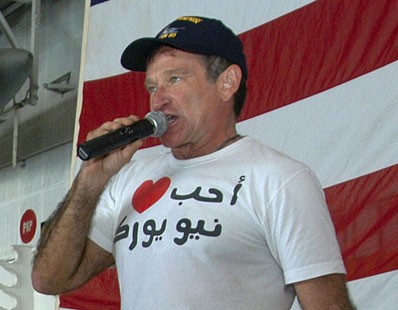 The news is still rolling in but Robin Williams, Disney’s original Genie and a Disney Legend, has reportedly died at the age of 63. According to KRON, the actor and comedian was found unconscious in his home near Tiburon, CA this afternoon and was pronounced dead shortly thereafter.

From 1973 to 1976 Robin Williams honed his craft at Julliard. He took his unique brand of comedy and stand-up routines on the road eventually landing on television as the alien in “Mork and Mindy.” Williams was nominated three times for an Academy Award winning in 1997 for his role in “Good Will Hunting.”

Williams had some many amazingly good roles in TV and film, it’s hard to pick a favorite. However, Disney fans are sure to remember him for originating The Genie.

For his role in Disney’s “Good Morning Vietnam,” (distributed by Touchstone pictures) Williams received his first Oscar nomination. Disney asked him to come back and put some of that famous improvisational skill to work for an animated feature. So in 1992 he voiced The Genie in Disney’s “Aladdin.” A lot of the character’s dialog was improvised and the collaboration between Williams and the animation crew created one of Disney’s most iconic characters.

Williams was fiercely protective of his children which led to a spat between him and The Walt Disney Company over how the character of The Genie was being used commercially. Williams did not want The Genie character to be used in marketing or selling toys. He also wanted to be the only one do perform the role, so he could effectively veto any use he did not like. However Disney found an imitator and used the Genie anyway. This led to a split between the actor and studio. 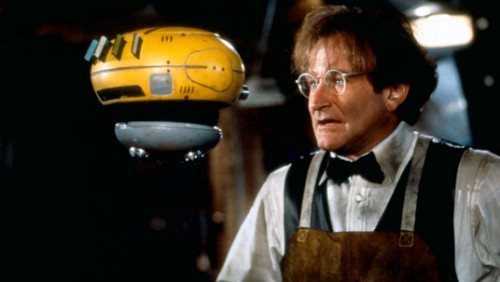 After the executive team that upset Williams was shown the door at Disney, he did come back to do three more films, “Flubber” (1997) for Walt Disney Studios and two for Hollywood Pictures – “Jack” and the under appreciated “Bicentennial Man” (1999). Williams again felt Disney’s marketing efforts were lacking with Bicentennial Man and there was again a falling out. However, in 2009 Williams agreed to be made a Disney Legend with a ceremony at the first D23 Expo. 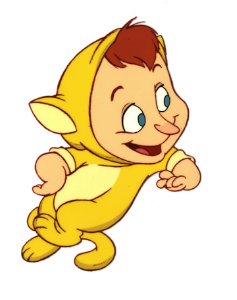 Disney theme parks fans may remember Williams for two roles. He voiced “The Timekeeper” in the 360 circle-vision presentation that appeared in three Disney theme parks and appeared in as himself then voiced an animated character in “Back to Neverland” with Walter Cronkite in the original animation tour attraction in The Magic of Disney Animation. See Director Jerry Rees memories of filming that movie.