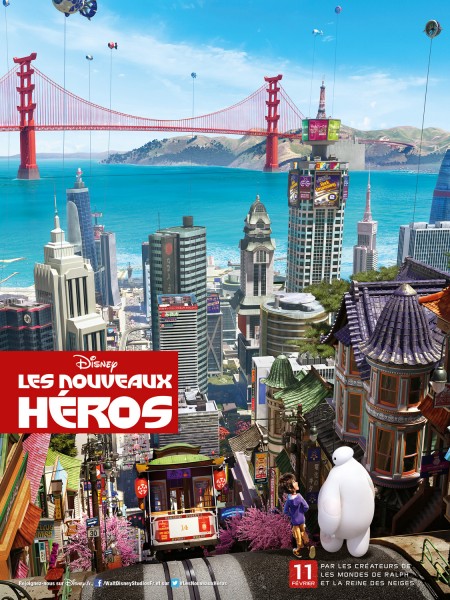 A new TV spot features more of the lovable robot Baymax from Disney’s fall animated feature “Big Hero 6.” In the clip the films main protagonist, Hiro Hamada, and his robot friend Baymax show just how close they become in the movie. Perhaps too close:

Also released were two international posters from France for Big Hero 6 (or The New Heroes if your translate Les Nouveaux Heros). One night and one day. But I love the look you get at the streets of San Fransokyo and the relationship between Baymax and Hiro. 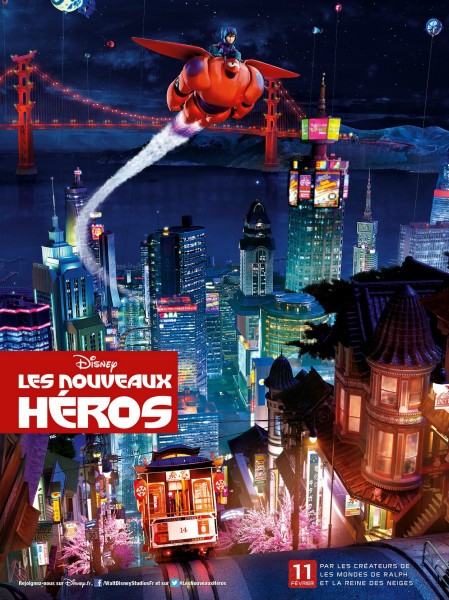 Here is the plot synopsis:

With all the heart and humor audiences expect from Walt Disney Animation Studios, “Big Hero 6” is an action-packed comedy-adventure about robotics prodigy Hiro Hamada, who learns to harness his genius—thanks to his brilliant brother Tadashi and their like-minded friends: adrenaline junkie Go Go Tamago, neatnik Wasabi, chemistry whiz Honey Lemon and fanboy Fred. When a devastating turn of events catapults them into the midst of a dangerous plot unfolding in the streets of San Fransokyo, Hiro turns to his closest companion—a robot named Baymax—and transforms the group into a band of high-tech heroes determined to solve the mystery. Inspired by the Marvel comics of the same name, and featuring comic-book style action, “Big Hero 6” is directed by Don Hall (“Winnie the Pooh”) and Chris Williams (“Bolt”), and produced by Roy Conli (“Tangled”).

All evidence points to a big win from Disney here. Can you wait to get your picture taken with a walk-around Baymax? I can’t. Heck, I want one for my home right now. How about you?