Guardians of the Galaxy Hits on All Levels 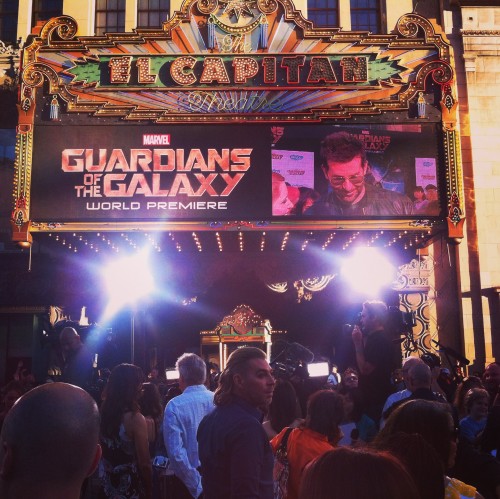 By the time we entered the Dolby Theatre in Hollywood (across from Disney’s El Capitan pictured above) for the world premiere of Marvel’s Guardians of the Galaxy my boys were already well-versed in (what had been until recently) the previously unknown band of unlikely heroes. That was due to both a constant bombardment of trailers and commercials, but also some clever synergy with the Avengers and Spider-Man shows, respectively, on Disney XD (something to be taken even further with the upcoming animated Guardians of the Galaxy series planned for the same channel). They were pumped, and they were ready. 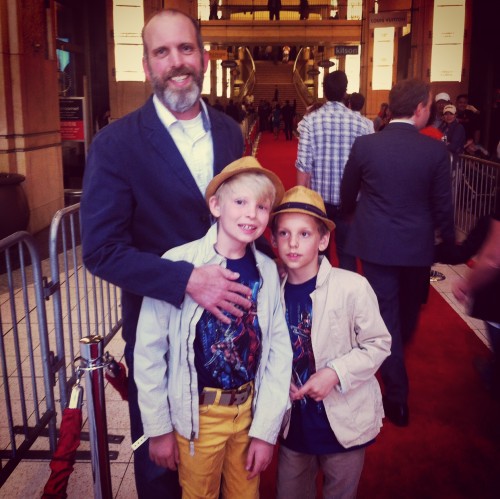 The film, as you will soon find out from everyone you know, is incredible. It is funny and packed with adventure, a bit of violence and language that some may find objectionable, and all kinds of sci-fi fun. It’s like the Avengers meets Star Wars, and yes, I understand the weight of such a statement.

However, Guardians of the Galaxy is packed with something else that I did not anticipate: heart. It has heart, and lots of it.

The characters in Guardians of the Galaxy are misfits and outlaws, and during the course of the film they find family in each other, and they learn to value the worth of friendship and the pain of loss. They discover sacrifice, and they are willing to make it.

I looked over at my boys (8, 11), covered in hip hats and 3D glasses as big as their faces, still fresh from the excitement of the entire cast standing less than a foot away, and their awe filled the air around them like they had just found an unexpected Christmas—except this holiday was leaping through the galaxy on quips and lasers and a soundtrack you can dance to.

The Guardians of the Galaxy is as entertaining as a summer superhero movie gets, and it is so much more. The boys and I were ready, and we were not disappointed.

Are you excited to see Guardians of the Galaxy? 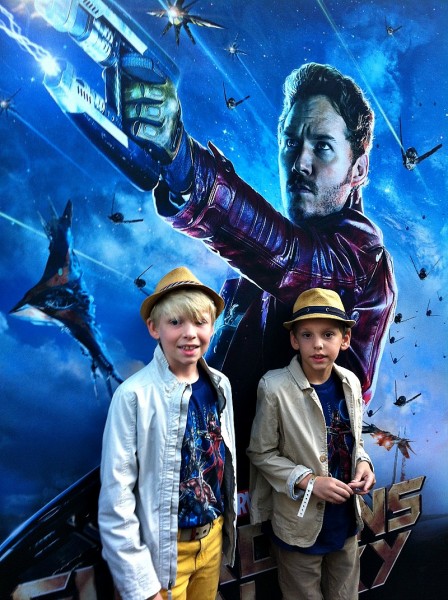