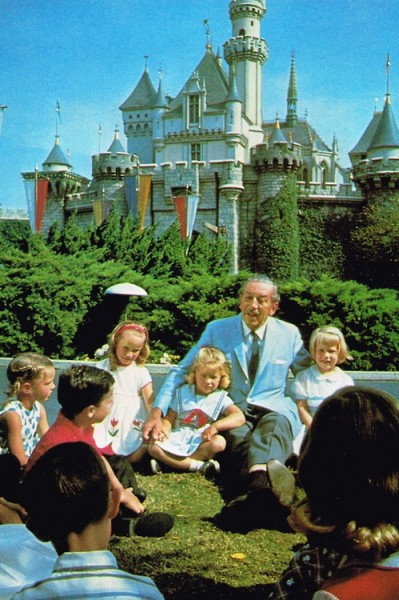 A new biographical look at the life of Walt Disney has been rumored to be in the works for a few years now. PBS and American Experience have now revealed that “Walt Disney,” a new four-hour, two-night film that explores the life and legacy of America’s most enduring and influential storytellers, will premiere in fall 2015.

Directed and produced by Sarah Colt (“Henry Ford,” “RFK”) and written by Mark Zwonitzer (“JFK,” “Triangle Fire”), the film features rare archival footage from the Disney vaults, scenes from some of his greatest films, and includes interviews with animators and artists who worked on Snow White and the Seven Dwarfs and Imagineers who helped design Disneyland.

“For many Americans — and for me — the twinkle and swish of the Sunday night Disney logo was pure magic. It was an invitation to a special event,” said Beth Hoppe, Chief Programming Officer and General Manager, General Audience Programming for PBS. “For my kids, introducing them to animated Disney movies from Beauty and the Beast to The Lion King brought us great joy and taught them life lessons. Now viewers of all ages can learn about the life and legacy of the man behind the magic and his continuing impact on our lives and culture.”

I think Walt Disney himself would have been tickled pink to be featured on a show called American Experience. Walt was a big patriot and loved his country. To have him profiled as one of our nation’s most prominent business men, storytellers, and creators is his due.

Disney’s movies grew out of his own life experiences. He told stories of outsiders struggling for acceptance and belonging while questioning the conventions of class and authority. As Disney rose to prominence and gained financial security, his work was increasingly celebratory of the American way of life that made his unlikely success possible.

A polarizing figure — though true believers vastly outnumber his critics — Disney’s achievements are indisputable. He created one of the most beloved cartoon characters in history, Mickey Mouse; conceived the first ever feature-length animated film, Snow White and the Seven Dwarfs; pioneered the integration of media and marketing with thousands of branded products; invented the anthropomorphic wildlife documentary; and conceived Disneyland, the world’s first theme park and the fulfillment of a lifelong desire to create a world unto itself.

I’ll be curious to see how the show handles those controversies that were real, the animator’s strike, and those that are grossly exaggerated, his antisemitism. Walt was a fellow of his time and he helped create a lot of the myths that have dogged him after his life either intentionally or unintentionally. But at the same token, the character of “Uncle Walt,” that Walt Disney took on in his TV broadcasts and visits to the park, is just as powerful, if not more so.

How worried are you about how Walt Disney will be portrayed on PBS?