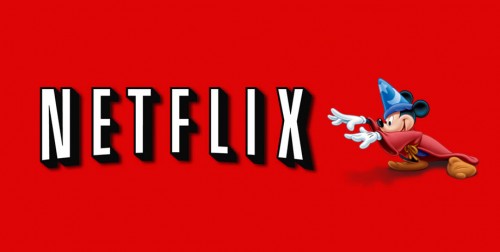 Our friends north of the border will have a new channel to access Disney’s premium live action and animated feature films. Netflix Inc. and The Walt Disney Studios have signed a new multi-year licensing agreement that will make Netflix the exclusive Canadian subscription television service.

“We are delighted to be the new pay TV home in Canada for the world’s highest-quality, most imaginative and entertaining films,” said Ted Sarandos, Chief Content Officer for Netflix. “Canadians of all ages will have an incredible range of great stories and characters to look forward to.”

“We are absolutely thrilled that Canadian Netflix subscribers will be able to experience Disney’s premium films in the pay TV window,” said Dan Cohen, executive vice president, pay television and digital, Disney-ABC Domestic Television. “Netflix continues to be a highly-valued partner on a global scale and we couldn’t be more pleased to extend our great relationship with this exciting new agreement.”

Netflix launched its Canada service in 2010 and is now the home of first-run pay TV films from Paramount Pictures, DreamWorks Animation, and 20th Century Fox, original series like the Emmy-nominated House of Cards, Orange is the New Black and Derek, and a wide-range of films and TV series from Canada, Hollywood and beyond.