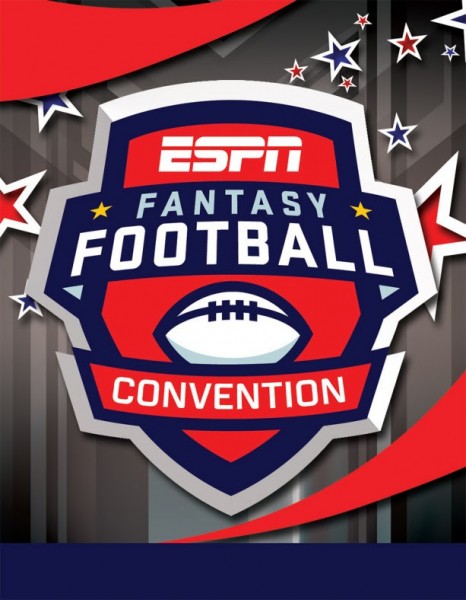 Get ready to kickoff the new season of NFL Football with the ESPN Fantasy Football Convention being held for the first time at ESPN Wide World of Sports Complex at the amazing Walt Disney World resort. It’s a hard ticket event 2-Day event that will feature NFL Insiders and personalities including Matthew Berry, Adam Schefter and Sara Walsh.

Other events include a special Disney character breakfast, access to the ultimate EPSN Tailgate Party, the ESPN Chili Bowl where you get to judge the chili served from Disney chefs around the world.

Of course there will be plenty of time to plan, scheme, and learn the best techniques for your Fantasy Football season, plus special insider access and a live broadcast of “Fantasy Football Now.”

Then to top it all off, you get a chance to play and win right there at the convention. Imagine the bragging rights if you beat ESPN’s own fantasy experts.

What’s the cost for all this you might ask? How about $349. That doesn’t include a room, of course. If you’re still excited and free from August 22-24, head to ESPNWWOS.com to register.

This sounds really cool. This is the sort of stuff that ESPN WWOS should be used for much more often. If I had the money, I’d probably attend. But to be honest, It also makes me miss the old ESPN The Weekend event at Disney’s Hollywood Studios. It was incredibly popular with fans and ESPN personalities. But WDW couldn’t get ESPN to pay for it anymore, so the event was cancelled. Would you like to attend the Fantasy Football Convention, have Disney bring back ESPN The Weekend, or both?