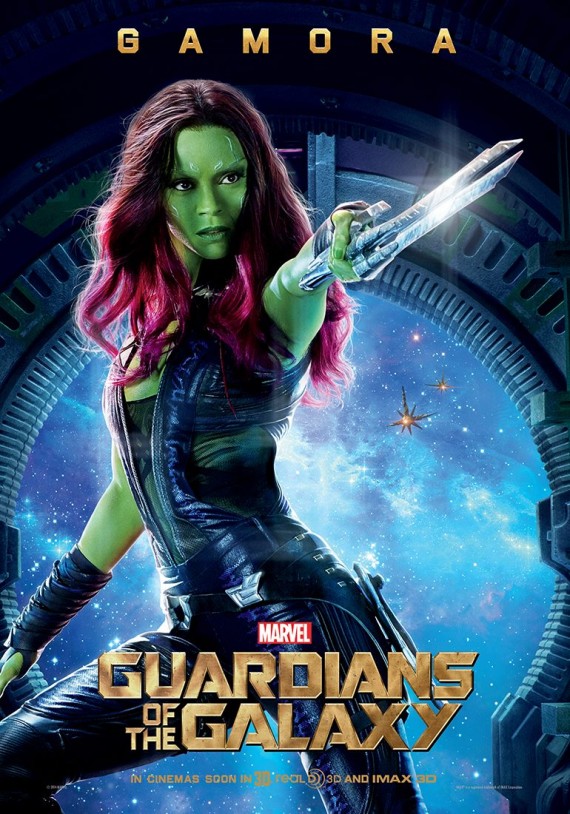 A new featurette has been released by Disney for Marvel’s Guardians of the Galaxy. It features an look at the character of Gamora, the green alien member of the Guardians. In the Marvel comics universe, Gamora is the adopted daughter of the supervillain Thanos, who we know will be a major player in future Marvle movies. She’s also the last of her species. In the comics her powers include superhuman strength and agility and an accelerated healing factor. We’ll see what shows up in the movie.

If you missed featurette #1, you can catch it here.

What do you think of Zoe Saldana? She’s definitely getting known for playing powerful space aliens.

Previously: My thoughts after watching the 17-minute sneak peek of Guardians of the Galaxy and the new extended trailer.