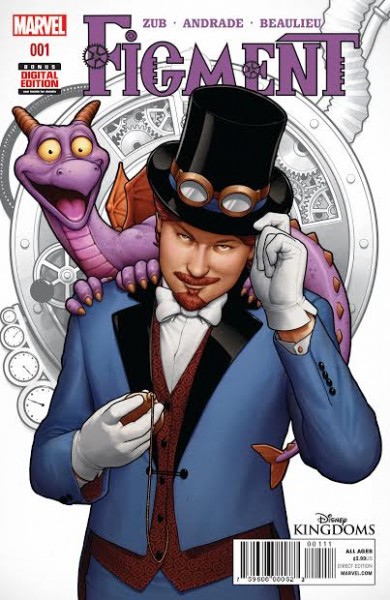 I don’t usually buy individual comic issues anymore. But the other day, I read a post from Marvel saying that Figment #1 has sold out and has gone back to the printers for a second printing and my eyebrow rose.

Then, shortly after, I read another post revealing that Figment #2 has already sold out and gone back for a second printing and it doesn’t even release its first printing until this week.

At this point, my interest was piqued. I needed to find out what had captured comic readers about our favorite purple dragon. Unfortunately, both of my trips to local comic shops yielded no fruit and I had to settle for buying it digitally. 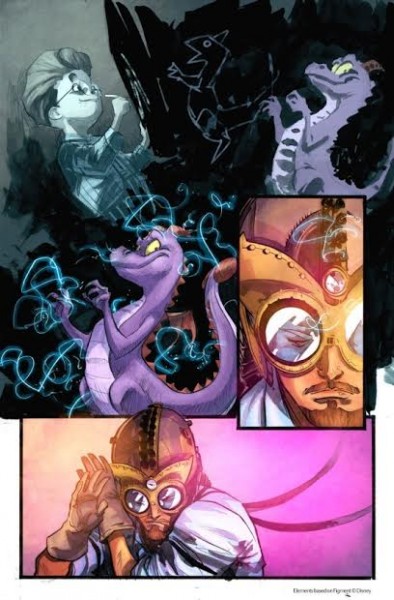 Set in London in the early 1900’s we are introduced to Blarion Mercurial (who is possibly a younger version of the man we know as the Dreamfinder) as he is headed to his office at the Scientifica-Lucidus Academy where he and his colleagues are searching for new sources of energy. Blair wants to tap in to the power of the brain, but his boss isn’t convinced and it doesn’t help that the machine Blair’s been working on went up in smoke the night before.

The story continues to unfold from there, but I won’t spoil it for you. I will say that the story is engaging and has laid a solid foundation for the rest of the arc, the characters are fun (especially Figment) and the art is beautiful. I may find myself at the comic shop again this Wednesday to see what adventures are in store for Blair and Figment.