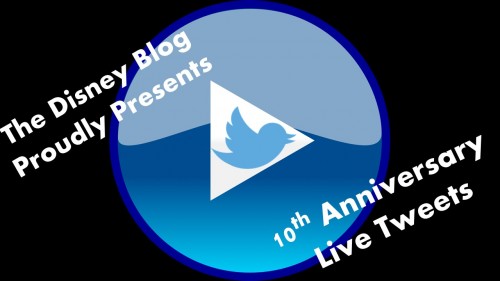 It has been a LONG while since we’ve done a Live Tweet…I think the last one was Hercules and barely anyone did it…though we started so strong! So, I rethought out the format and I’ve decided that LIVE TWEETS ARE BACK, BABY! (read that in the voice of Stacey from Must-Do Disney)

Now, voting will still occur. I will present you with 2 films that were released in 2004, and you will vote in the comments section by posting the title of the film you’d like to live tweet. Then, a specific day and time will be given (usually Friday nights), and we will all hit PLAY on our DVDs or Blu-Rays or computers and watch the film together. As you watch, you can tweet using the given hashtag so we can all make observations, jokes, or obsessive comments about the film.

Every live tweet, one winner will be selected as the “Master Tweeter,” usually someone with the funniest or most insightful tweet of the night, whose tweet will then be featured on TheDisneyBlog.com and will win a digital download of the “quintessential” song from the film’s soundtrack!

Around the World in 80 Days or Home on the Range

So, choose which one you’d like to watch with the family, your friends, or by yourself and tweet about in the comments below. Voting will continue through 11:59pm on July 5th. July 6th, the winner will be reveal, along with the hashtag and the official prize. Until then…have a magical day!