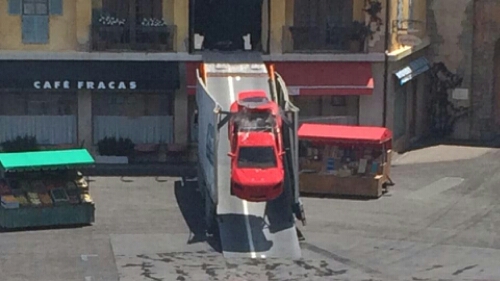 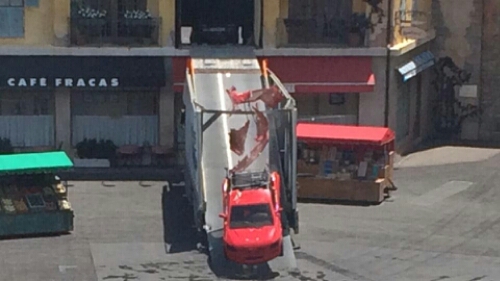 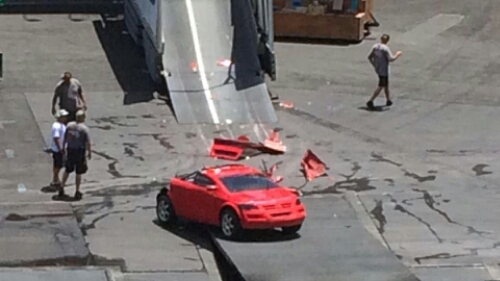 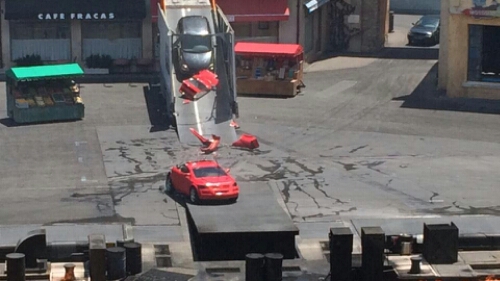 As you can see by the above photos, not all went as planned today. The hero car collided with the metal support bar on the truck/ramp, tearing off a large portion of the hero car’s body work. The driver was able to bring the stunt car to a complete stop and exit the vehicle safely. The good news, reports Caggiano, was that everyone was alright and the driver walked away from the scene. But it was a scary thing to see he said.

There’s also a vine of the aftermath: https://vine.co/v/MFYhF5dvbI6

previousFrozen Trailer, as if it were Game of Thrones
nextA disturbance in the force – StarWars.com Moves to Disney.com Platform