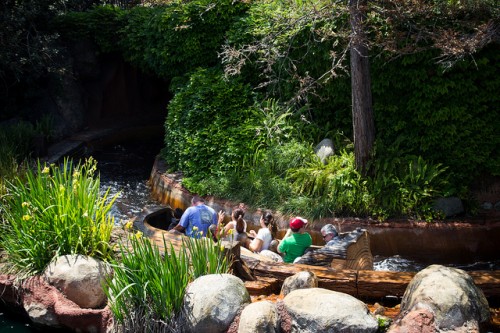 A court case stemming from a 2010 incident at the popular Splash Mountain water flume attraction finally reached a court verdict last week. Disneyland was found negligent for how it handled the circumstances during a boat evacuation from the ride, but the jury also found that the injuries claimed by the plaintiff were not related to the incident in the park. So Disneyland is not responsible for his medical bills.

The lawsuit claimed that Disneyland employees overloaded the vehicle, causing it to be stuck midway through the ride, and then workers tried to unload the passengers without tying off the vehicle to keep it from moving.

Wilson, a former metal fabricator, asked for about $1.3 million to pay for past and future medical costs, lost wages and pain and suffering, according to his attorney, Barry Novack.

I’ve been stuck on a ride vehicle that was overloaded by cast members before. And I’ve never seen Disney cast members ‘tie off’ any floating vehicle to keep it in one place during evacuations. Normally the just hold it in place with a foot. I wonder if this verdict means that we’ll see attractions like The Jungle Cruise forced to tie-off before unloading passengers. That could seriously slow down the load and unload times, which is already the rides chief bottleneck.