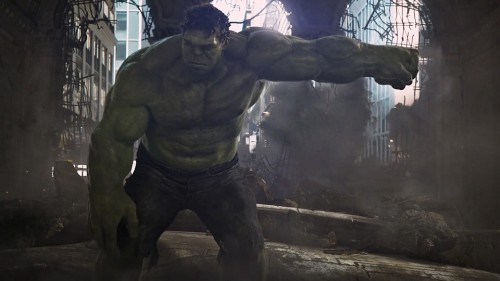 There’s been a lot of talk around the Marvel Universe lately, however, most of it falls into the category of rumors for now.

What has been confirmed is that Rosario Dawson has been cast in an unnamed role in the Daredevil series on Netflix. Her character is described as “a dedicated young woman whose quest to heal the wounds of Hell’s Kitchen brings Matt Murdock unexpectedly crashing into her life, while her own journey forever alters the course of his battle against the injustices of this broken city.”

Back to the big screen, Scott Derrikson revealed on Twitter that he will be directing the Doctor Strange movie. I love that Marvel chooses directors that work in specific genres. Derrikson is known for his supernatural/horror films like Sinister and The Exorcism of Emily Rose and Doctor Strange deals heavily with the supernatural.

Moving into the realm of hearsay and rumor, Kevin Feige gave an update on the Marvel movies coming down the pipeline. Nothing major was revealed and it can really all be summed up as “We’re really excited about these movies.” He did talk about how Doctor Strange will be an introduction to the mystical side of the Marvel universe and that, pending the success of the first movie, they have ideas for more Guardians of the Galaxy movies.

Back in April, Nathan Fillion teased that he might have a possible role in Guardians of the Galaxy and last week, director James Gunn confirmed that the Firefly and Castle star will indeed have a small cameo in the film. Rumors began flying that he would play Nova officer, Richard Rider, but Gunn has specifically denied them. Interestingly, Cosmo, the Guardians’ watchdog has been thrown into the list of possible roles for Fillion.

The final rumor is that Marvel is finally re-considering an Incredible Hulk solo movie. This rumor has a bit of credence though, as it came from the Incredible Hulk himself, Mark Ruffalo.

That’s it from the MCU for now. So, who’s ready for August 1st?