Your Pro or Home Cooking Skills Are Wanted 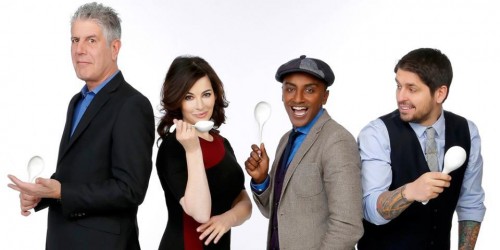 I’ve watched the first two seasons on ABC’s cooking competition show The Taste. It is a unique concept that they definitely improved upon in the second season. Auditions for season 3 are now underway. You don’t have to be a professional chef, you just have to have a passion for cooking and at least enough skill and excitement to interest the judges. The best news is that celebrity chefs Anthony Bourdain and Nigella Lawson, Ludo Lefebvre, and Marcus Samuelsson will be back for season 3. Who knows, you might bring home the $100,000 grand prize.

If a TV show seems a bit outside your reach right now, you can still enter in Orlando’s next big food competition – the O-Town Macdown. They’re looking for competitors from a range of professional chefs, restauranteurs, and home cooks to bring their best Mac & Cheese to the August 23rd event. Just announced today the first 40 competitors to sign up by July 1 will be entered to win a pair of AAdvantage Airmile Certificates from American Airlines.

The winners of the professional and restaurant competitions at O-Town MacDown will have the opportunity to face off on stage in front of their colleagues at the Florida Restaurant & Lodging Show, to be held two weeks later in Orlando, Florida. Both winners will compete at the Show’s Food Trends Experience Culinary Demonstration Theater for the title of Best Mac ‘n Cheese in Orange County. They also will be featured on the show’s website leading up to the event and promoted heavily at the show. The winner of the home cook category will receive a trip for two to Washington, D.C. which includes a food tour from D.C. Metro Food Tours, hotel and airfare.

To register to cook or buy tickets, visit http://www.OTownMacDown.org.