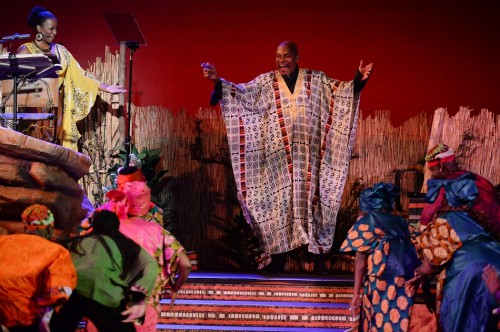 Harambe Nights “The Lion King Concert in the Wild,” Disney’s new up-charge after-hours event at Disney’s Animal Kingdom, has now had two Saturday performances. It has been getting generally good reviews, with everyone agreeing that the post-show dinner party was the best part. I have not yet been, but tickets are still available for upcoming shows in case I win the lottery between now and then.

One of the features I think its exciting, is that every week a new celebrity narrator will be featured in the show. This last Saturday it was Avery Brooks, pictured, who joined the live orchestra, singers, and dancers to narrate the story of Simba’s journey to become the Lion King. Remaining narrators are: