A New Idea for Restaurant Reservations 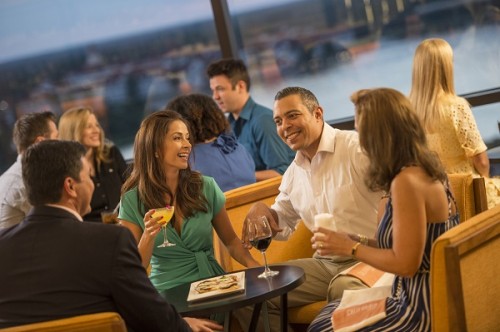 Stumbled across an interesting article, with a lot of numbers and inisght, from Nick Kokonas co-owner of Alenia and other restaurants with Grant Achatz, one of our nation’s most prominent chefs and restauranteurs. Kokonas explains the value selling tickets instead of reservations provided to his bottom line.

We began selling tickets right when Next opened in 2011. It seemed, at the time, risky and speculative to open a restaurant and at the same time pioneer a new way of booking customers. But after watching the absurdity that was the Alinea reservation telephone lines day after day for years it seemed worth the risk. There were massive problems with the traditional methods of taking reservations over the phone.

Guests book online and buy a ticket for a seat. The cost of that ticket is either applied to the meal or provides Prix-fix meal. If you don’t show up, the restaurant keeps the money and is able to survive the night without taking the financial hit of an empty table. It’s more complicated than that, of course. Read the whole article. I found it a fascinating insight into the restaurant business.

Disney World already does a variation on this. Reservations for most sit-down locations require a credit card. If you don’t show or cancel early enough (usually 24hrs in advance) a $10 fee will be charged.

The new EPCOT post-fireworks $35 experience gets closer to the idea of selling tickets to restaurants. Plus there are the Tables in Wonderland and Food & Wine experiences that are hard ticket sales. I’d like to see Disney experiment more with Kokonas’ ticket idea, especially for high end dining.

Would you be interested in something more limited? Like a $35-50 Prix-fix menu designed to highlight some of the chef’s skills and the restaurants offerings?