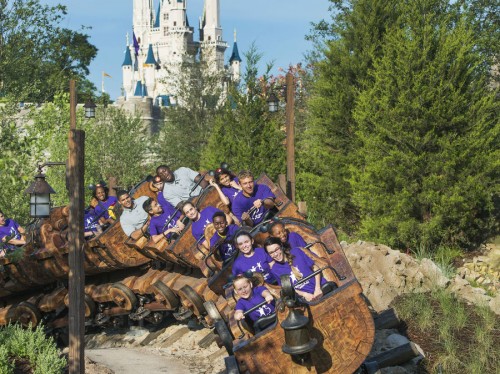 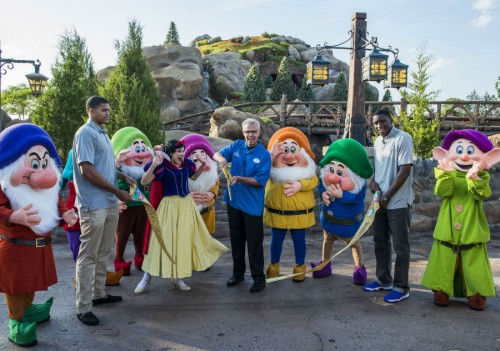 Seven Dwarfs Mine Train really is the crowning jewel of New Fantasyland. You will enjoy a rocking, rollicking family-style coaster that immerses you in the lovable world of Sleepy, Doc, Grumpy, Bashful, Sneezy, Happy, Dopey, and, of course, Snow White. Inspired by the classic Disney-animated film “Snow White and the Seven Dwarfs,” the attraction sends riders on a playful musical adventure into the mine “where a million diamonds shine.”

As part of the official opening, seven pairs of adults and children from Big Brothers Big Sisters of Central Florida visited the Magic Kingdom today. Along with attending the opening moment, the pairs met Snow White, the Seven Dwarfs and Orlando Magic players Victor Oladipo and Tobias Harris, and were among the first guests to officially ride the new attraction. Disney provides support to Big Brothers Big Sisters of Central Florida as a nonprofit organization that is making a positive impact on local children.