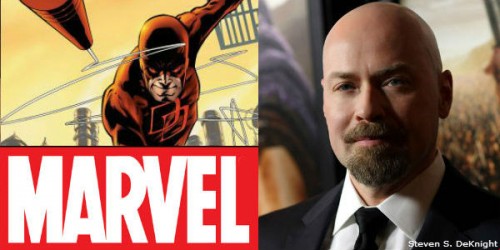 In a second change of guard this holiday weekend, Marvel has announced that Steven S. DeKnight will step in as Executive Producer and Showrunner for Marvel’s Daredevil series. He takes over for Drew Goddard, who is voluntarily stepping aside to devote more time on writing and prepping Sony’s “The Amazing Spider-Man” spin-off film, “The Sinister Six.”

DeKnight worked with Goddard on the Joss Whedon shows “Buffy: The Vampire Slayer” and “Angel,” so it should be a smooth transition. He also worked the series “Spartacus. Goddard, who also wrote the first two episodes, will stay on the series as an Executive Producer.

Marvel’s Daredevil is set to debut on Netflix in 2015.