While waiting to get some video of the new Starbucks location at Downtown Disney, I ducked into the World of Disney store to see if I spotted anything cool and exciting. Turns out, there were a few new things that caught my eye.

First was this “Nightmare Before Christmas” themed Jack Skellington t-shirt. At first glance it looks like a typical NBC shirt, but after a double-take, I realized that was Tim Burton-esque take on Walt Disney World’s Cinderella Castle behind Jack. According to cast members these things are flying off the racks. They had sold out of all sizes except LRG and XL when I was there. 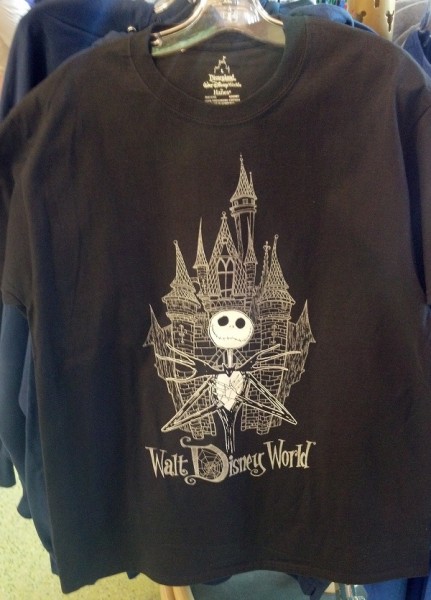 Also spotted, were a new series of four Mickey Mouse silhouette tees. The Mickey silhouette is filled with fabric to set it apart from the regular t-shirt. 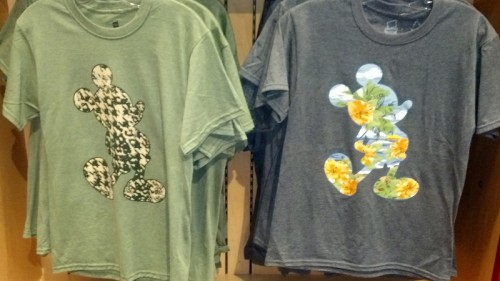 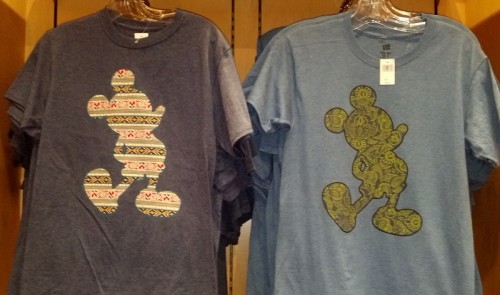 I’d like these a lot more if they were on solid colors instead of shades with grey. Definitely a great way to show you have a little style, even while loving the mouse!

Which if these five shirts would you be most likely to wear? I bet you can’t guess which one I would like?