Disneyland has an Annual Passholder Problem 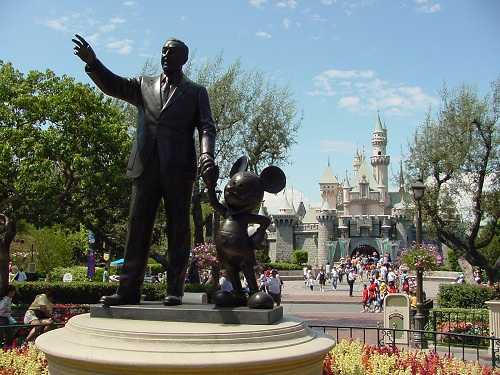 If you were a business owner and had so many customers who wanted to visit your establishment that it became over crowded and unpleasant, you’d still consider that a good thing, right? The question becomes, what do you do with those extra people who just keep coming? You could expand and add more things for them to do, perhaps open another business across the street to handle some of the capacity. But what if that doesn’t work? You could raise prices. Of course, that risks alienating your core customer base. So you have to be careful in how you do it.

That is a bit simplified, but it’s essentially the quandary Disneyland faces. It sold more Annual Passes than it technically has capacity for. But Disneyland managers still remember a time when they had to practically beg to get visitors in the gates, so they’ve been reluctant to upset the AP apple cart as it is the gift that keeps on giving in terms of attendance numbers.

However, the folks at Disneyland have decided to suspend sales of new SoCal Annual Passes. You can still renew a pass if you have one, but new sales will be halted until the number of AP holders reduces to a manageable level. Oddly, the cheaper SoCal Select pass is still available for new purchases. However, it blocks weekends. So if that’s when you visit, that level won’t work for you.

This comes in conjunction with a price hike on the normal one day admission ticket to $96 and price hikes in the Deluxe and Premium annual passes as well. Of course, if a reduction in attendance from AP membership doesn’t come soon, sales of those passes may be suspended too.

I don’t envy Disneyland’s decision here. Any move they make will be derided. Limiting Annual Passes will upset the core SoCal audience that relies on them to attend the park regularly for a relatively affordable amount. But not limiting APs will affect the show quality and experience guests have, which is very poor when the park gets over crowded (especially in the after work hours).

I wish they would have tried solution A) and made more of an effort at expanding capacity at Disneyland itself with some new rides or shows. Disneyland did spend a ton of money upgrading California Adventure to make it more attractive to Annual Passholders, alas they all still want to hangout at the original park across the esplanade (and who can blame them really) for some reason. Guess DCA still doesn’t quite make the grade.

The good news is that if you have an annual pass right now, you can renew it. It will cost more, but it’s still a great deal. Eventually there will be a reduction in AP attendance at the parks. The truth is, Disneyland could potentially eliminate all APs and still enjoy decent attendance. I’m not saying they should (I think it would be a disaster), but SoCal is not the same market it was in the 90s when the AP program really started to take off.

How would you suggest Disney have handled this situation?