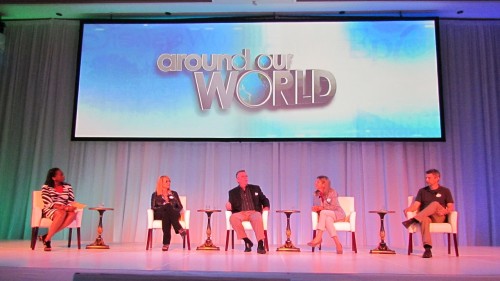 Walt Disney World recently hosted a expert panel discussion featuring a deeper dive into what guests coming to the resort in the near future can expect. Carole Mumford, VP of Public Relations at Walt Disney World, lead the panel as they traversed such wide topics as Seven Dwarfs Mine Train, New Fantasyland, Festival of Fantasy Parade, Rock Your Disney Side, MyMagic+, Interactive Queues, and more.

What questions do you have about Seven Dwarfs Mine Train, MyMagic+ or any of the other topics that weren’t answered?

previousSeven Dwarfs Mine Train – A Descriptive Journey
nextMarvel’s Agents of SHIELD – episode 22 preview: The Beginning of the End