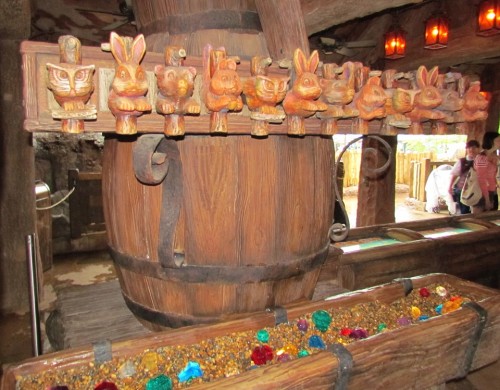 It’s hard to get a good shot of this game as it’s so dark. But with an empty queue, I was able to take this shot. What I haven’t been able to tell yet is what, if anything, happens when all seven barrels are spinning simultaneously. 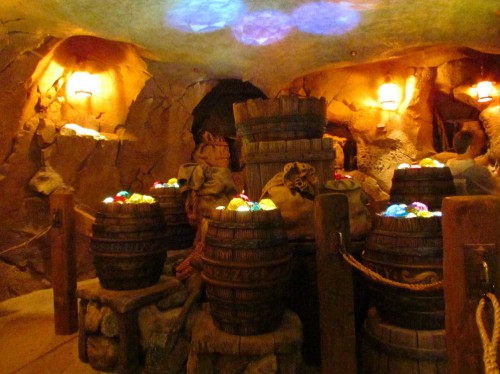 While I don’t see this queue rising to level of Dumbo’s play tent, I do think guests will enjoy interacting with the games and absorbing all the detail Disney’s Imagineers have built in to help tell the story of the attraction, even while they wait. Still, you might want to book that Fastpass+ for your second ride of they day.