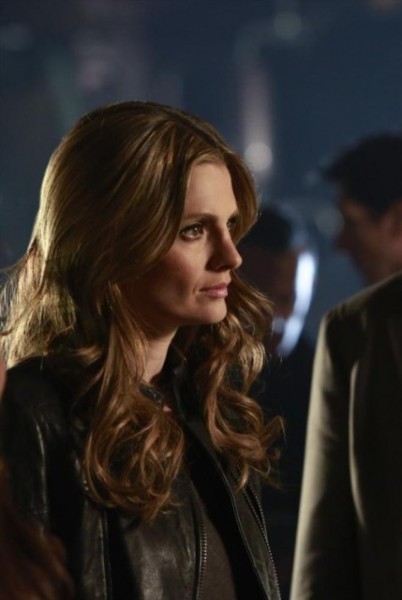 With the wedding coming up for next week’s season finale, they are switching things up a bit and giving us a more serious, suspenseful episode this week on Castle.

And, naturally, it ties into Beckett’s mother’s murder. Off the books and on her own time, Beckett has been doing some secret surveillance on a man who thinks can lead to the senator’s undoing. Now more than ever this is important since we learned earlier in the season that he is running for President.

Anyway, when the man Beckett has been following is killed, she is framed for the crime. This leads to her and Castle being the targets of a manhunt.

I’m not seeing room for much in the way of banter in this episode, so be prepared to hold on for a wild ride. However, I am hearing that next week’s wedding for be a lighter episode, so we have that to look forward to.

This next step in one of the on going stories of the show will air Monday night, and my recap will be up on Tuesday at Carstairs Considers.