Once Upon a Time 3-20 Preview: Kansas 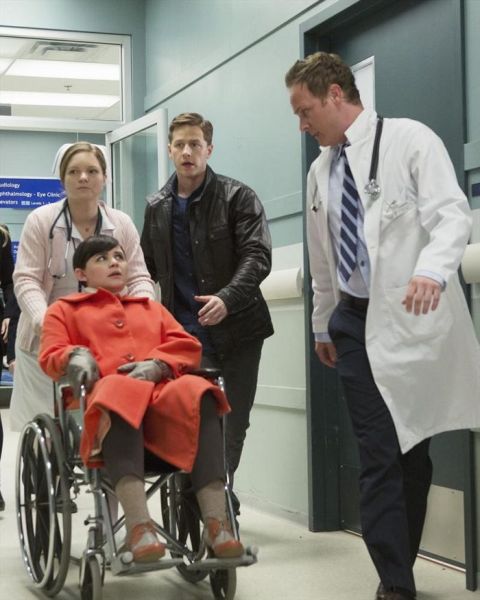 Last week, we saw lots of action. We found out who cast the curse this time (Snow!) and we found out that, in addition to everything else, Snow and Charming are now sharing a heart. Then, Henry got his memories back, and the curse was broken so that everyone remembers their last year. Who broke that part of the curse? Regina, of all people, when she kissed Henry on the forehead.

And those are just the highlights.

We also learned that the only hope they have of defeating Zelena is Emma’s white magic that comes from True Love.

Which brings us to this week with Snow now in labor. Snow’s baby is the key to Zelena’s evil plan, so everyone is coming together to try to protect her and the baby. But Zelena’s magic is so powerful, will they even have a chance?

Meanwhile, we are finally going to meet Dorothy in our Oz centered flashbacks. In them, Glinda will be trying to help Zelena fight the evil growing inside her, but Dorothy’s appearance is going to greatly complicate things.

This season continues to be a wile ride, and I can’t wait to find out what happens Sunday night. My recap will be up late Sunday over at Carstairs Considers.