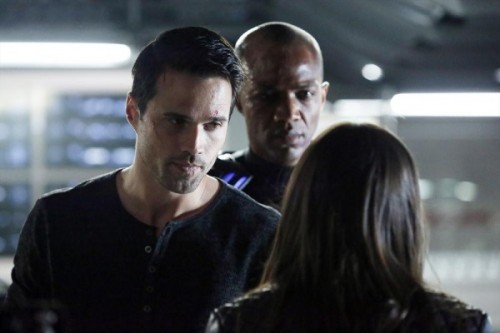 Last week saw more twists and turns. We lost another agent (can we start a #koeniglives trend? It’s worked before) and Skye discovered the truth about Ward. Unfortunately, she’s now alone on the bus with him.

The rest of the team learned more about Coulson’s past as we finally met the cellist, played wonderfully by Amy Acker. I hope they bring her back and explore their relationship more.

And May leaves the team, connects with Mama May and the two end the episode by setting off to get Maria Hill. 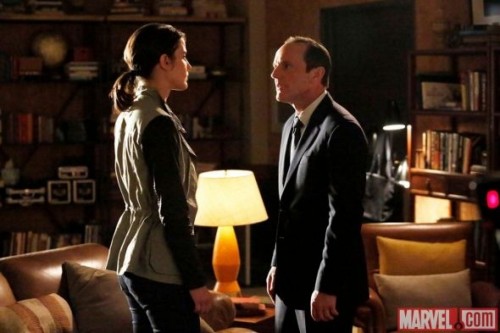 This week’s episode brings the return of not only former Agent Hill, but also Colonel Talbot. Hill and May lead Talbot to the Providence base to confront Coulson and his team.

Meanwhile, Ward has Skye lead them to where Skye can open the drive with all of the bus’ secrets. Will she take him to the right place though, now that she knows the truth. Skye has proven her resourcefulness and ability to think on her feet on more than one occasion.

Did I also mention that Deathlok is back? Looks like yet another big week.

Two episodes left until the season finale: what’s been your favorite moment so far?