A few days ago Disney released this preview of one interactive element that will be featured in the Seven Dwarfs Mine Train standby queue. Kinda reminds me of one of the games they added to Space Mountain’s queue a few years ago.

We had a long update of the queue area yesterday, but I wanted to highlight a couple of those photos again, just to tie-in with the preview photo above.

First is a photo with instructions from on how to play the above game. 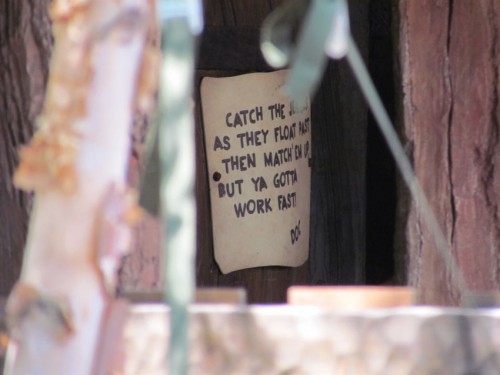 Catch the Jewels as they float past then match’em up but ya gotta work fast! – Doc

We also know there will be at least one other interactive element since the instructions for it were visible too. 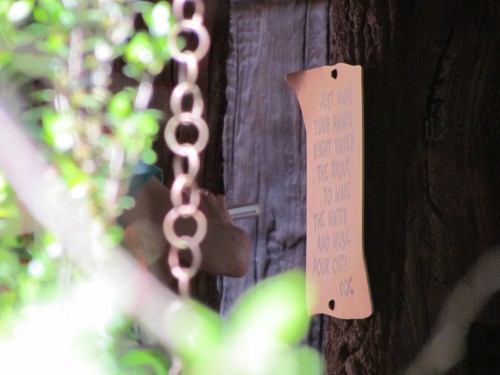 Just wave your hands right under the spout to make the water and mist pour out! – Doc

Assuming all goes as planned, I’ll be interviewing the team of Imagineers who worked on these interactive games and features later this week. Are there any particular questions you would like me to ask? Let me know in the comments below.

2 thoughts on “Interactive Queue Element from Seven Dwarfs Mine Train”