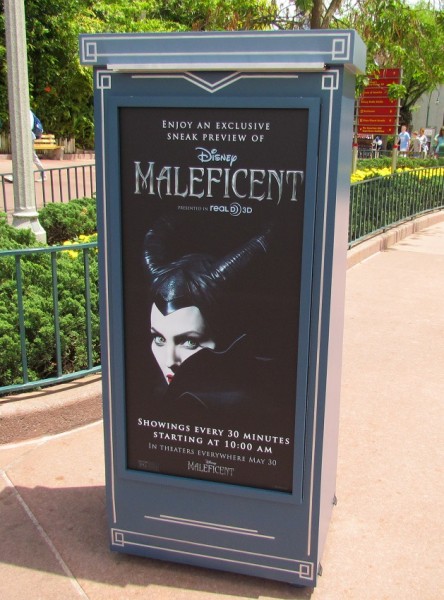 While at Disney’s Hollywood Studios yesterday we took in the special preview of the upcoming Maleficent movie. They’ve converted the Sounds Dangerous theater into a small movie theater with a 3D projector. Even though the daily guide says it runs continuously throughout the day, it actually shows every 30 minutes on the hour and the half-hour. Our showing in the middle of the day did fill up completely, so you might want to arrive 10-15 minutes early to make sure you get a seat.

The preview itself started with a featurette (we posted it earlier on the blog), then you are told to put on your 3D glasses (even though everyone in the theater already had). It looks like we were shown the first few minutes of the film, then a few clips from later in the film. The was a lot of Angelina Jolie and Elle Fanning, that’s for sure. 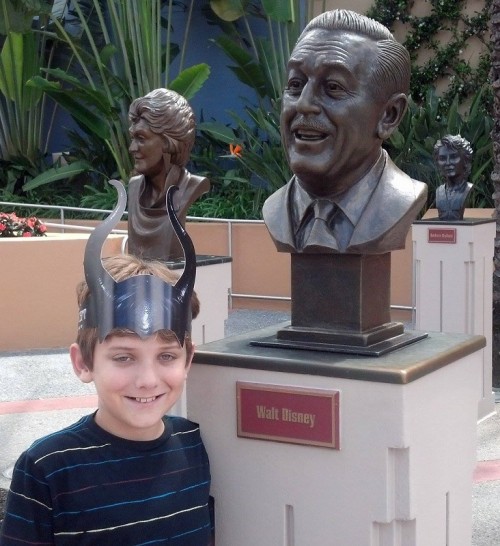 After the preview was over, everyone exits back out the entrance. You also had the opportunity to grab a pair of paper Maleficent horns to wear on your head for the rest of the day. Which we saw on many heads, young and old, throughout the day. For you west-coasters, you can find a preview of Maleficent inside Disney California Adventure.