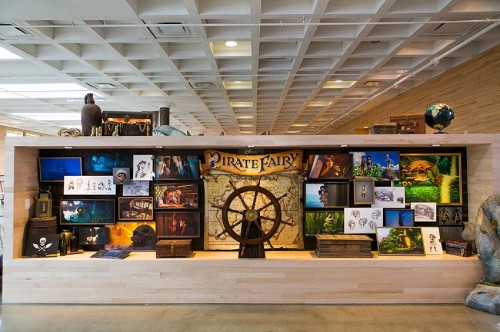 With “The Pirate Fairy” already available to own and “Planes: Fire and Rescue” hitting theaters on July 18, Disneytoon Studios has been busy. Meredith Roberts, Disneytoon Studios Senior Vice President and General Manager, sheds light on how the team creates magical moments with the two films.

One of the most interesting aspects of Disneytoon and what makes it different from the other studios is that much of the work is about expanding on previous Disney characters and stories. The storytellers get to create new adventures for already beloved cartoons, which Meredith explains can be a blessing and a curse. There is more opportunity to learn about what works well and continue the theme with future films, but at the same time there is a chance the stories could become stale or overused.

Another aspect that “The Pirate Fairy” and “Planes: Fire and Rescue” have in common besides both being sequels is that they both have great voice talent, with Tom Hiddleston and Christina Hendricks starring in “The Pirate Fairy” and Ed Harris in Planes. Meredith emphasizes that part of the secret to finding great actors for the roles is finding actors who appreciate and respect animation in films. Peter Pan is one of Tom Hiddleston’s favorite movies, so he was excited to play the role of Hook (and he gets a chance to sing, so if you’ve ever wondered if Loki can carry a tune you’ll find out).

There’s also a tremendous amount of research that goes into making a film at Disneytoons, from raiding the Animation Library for old Peter Pan sketches to studying planes and how they work. During the making of “Secret of the Wings”, a previous Fairies film, the team worked with a snow expert to learn how to better animate and develop a snow character.

Have you seen The Pirate Fairy? Will you be seeing “Planes: Fire and Rescue” when it reaches theaters this summer?