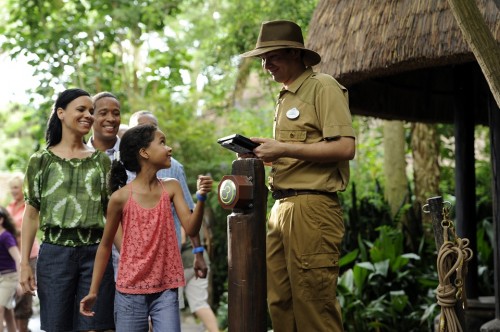 File this one under, “Gee, Disney really does listen to guest complaints (sometimes).” In an announcement made on the Disney Parks blog today, Disney Parks chief Tom Staggs announced two major changes coming to the MyMagic+ Fastpass+ system currently in use at Walt Disney World. It was also made official that all guests, resort and off-site, can now register their RFID activated admissions media on My Disney Experience and make advanced Fastpass+ reservations (along with a growing list of other MyMagic+ features). MagicBands are also available for sale to off-site guests Annual Passholders can already order a complimentary MagicBand via My Disney Experience.

According to Staggs, guests have been asking for the opportunity to add additional Fastpass+ to their visit once the initial allotment of three have been consumed. At that point one will be able to visit a kiosk and select another Fastpass+ time. No word if these have to be new attractions or if you’ll be able to repeat an attraction you used a Fastpass+ for earlier in the day. 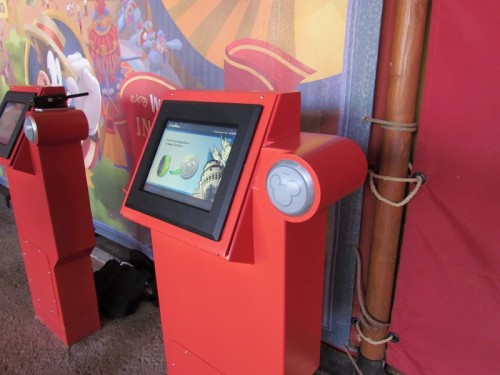 This is a rather significant change that will affect the strategy for maximizing your time in the parks. Before when you were limited to three Fastpass+ per day, you would want to schedule them for when they were most beneficial (ie, could save you the longest amount of time queuing for an attraction, show or parade), but now, you might need to consider if using your allotment early in the day will allow you to skip more lines later in the day, thus saving you a longer amount of time in queue, even if it means some in-efficient use of Fastpass earlier in the day. For instance, no one will want to book a Fastpass+ for a night parade or fireworks viewing area if it means they’re limited to just two FP+ earlier in the day while everyone else gets to skip by them in line.

Arrive early, stay late, maximize FP is the new strategy for touring the parks. Of course, your specific strategy depends a lot on how busy the park is expected to be that day.

The other major enhancement Disney is working on will be to add park hopping to the Fastpass+ service. Disney will have to make sure it doesn’t get too complicated, but they’ll also want to develop a system that is fair. For instance, they may want to make it a rule that you can’t hold FP+ in two parks at the same time, thus denying that FP+ to a guest who is actually in the park while you may or may not show up later to use yours.

Staggs did not mention when these enhancements to Fastpass+ would come on line, but I’ve already read about some testing with park hopping. With even the NY Times taking note of MyMagic+ means to Disney, its time to start taking the service to the next level.

Will these changes to the system change how you feel about Fastpass+?

previousWashed Ashore – Art to Save The Sea at SeaWorld
nextLadies, It’s Time to Show Your “Disney Side” with New Workout Clothing