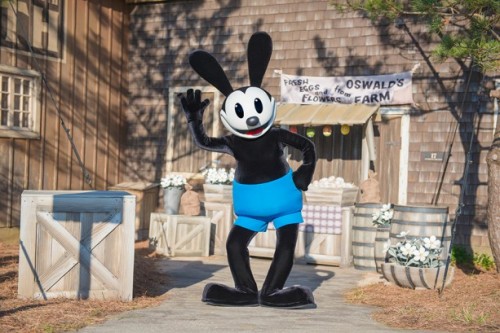 Oswald the Lucky Rabbit was one of Walt Disney’s first animated stars. The story of how Walt lost control of the rights to Oswald to a New York publisher and created Mickey Mouse on the train ride back to Los Angeles is Disney legend. The story is more complicated than that, of course. But Walt really did lose the rights to Oswald and the Disney Company really did re-acquire those rights in a 2006 trade with NBC/Universal in exchange for ABC’s Monday Night Football announcer Al Michaels.

Since then Disney has slowly been ramping up the re-integration of Oswald. First with merchandise and DVDs, Oswald next appeared in a Disney Interactive Video Game, then with some theme-park homages (most notably an Oswald themed store in Disney California Adventure), and finally in last year’s new “Get A Horse” animated short. The question I’ve been wondering since, is when will we see a Walk-Around Character version of Oswald in the parks. 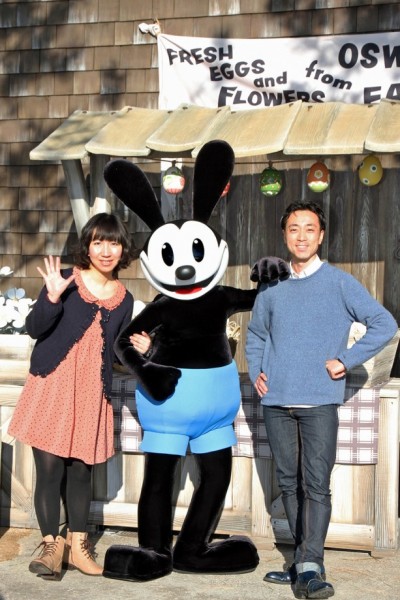 I love how the feet all line up in that second photo.

We know the answer to that question now. Tokyo DisneySea has a new meet and greet area where guests can get their picture taken with the lucky rabbit. So when will he arrive in the US of A? Who knows? What park would you put him in and where?