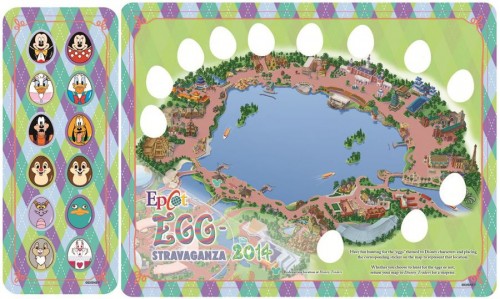 Last year during Disney’s limited time magic promotion we took part in a fun little game at EPCOT. Themed to the tradition of an Easter Egg hunt, but without the issue of actually picking up eggs and carrying them with you all day, guests get a map and some egg shaped stickers each of a different Disney character. You then walk through the park trying to find each ‘hidden’ egg (some are more hidden than others) and apply the right sticker on that spot on the map. It’s simple enough that that youngest children can perform the task, but fun enough that adults can get in on the action. 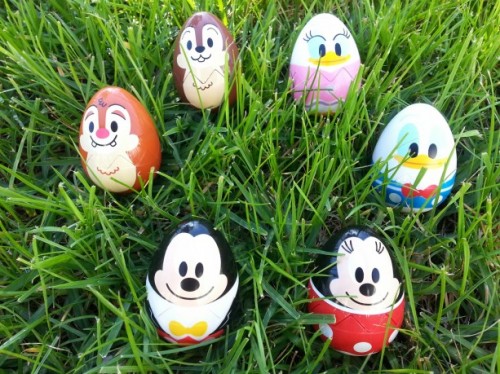 This year’s prize for participating in the Egg Hunt

When the board is filled (or really any time you want to stop playing) just bring the game back to the redemption center for a small, but cute, reward. It does cost $4.95 to play, but the reward and the time spent seeing new stuff in the parks is worth it.

This game is a nice bonus for those visiting the parks between April 10 – 20. Supplies are limited, so you might want to head over earlier rather than later to play if you want the ‘reward.’ This year you can participate at EPCOT in the Orlando parks and at both gates at Disneyland Resort.

Did you play the game last year? What are your tips for players this year?