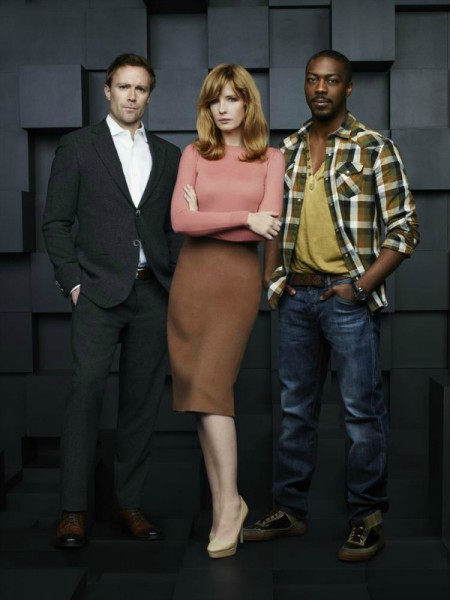 Since Kerry Washington is expecting and Shonda Rhimes decided a pregnant Olivia Pope is probably not the best direction to take the show in (especially with all the red wine she drinks…), Scandal will be having its finale earlier than expected this April. Instead of airing through May, the new show Black Box will take its Thursday night time slot.

Kelly Reilly stars as Elizabeth Black, a famous neuroscientist who is amazing at figuring out patients’ various mental illnesses. What makes her so in-depth with the subject matter, however, is a secret she’s being keeping from her coworkers and boyfriend…she, herself, is bipolar. Though she has medication that works for her, she is known to be “non-compliant.” The only ones that know all of her secrets are her brother (who has had to deal with Elizabeth and their mother, who committed suicide when they were younger) and her psychiatrist, played by the wonderful Vanessa Redgrave.

I was blown away with Kelly’s performance. She effortlessly switches between her two sides. The supporting crew, including Redgrave, also has some great performances, but Kelly shines in a role that could have come off as cheesy.

The show was pretty incredible as well. The content is really intriguing, especially since it seems to be a new topic of interest on a television show. The sequences where she skips her medication are really cool, as they show what is really happening and then what she is seeing (like a beautiful scene of her flying over San Francisco while also being in the middle of Van Gogh’s Starry Night).

This, along with Resurrection and Mixology, shows that ABC should have switched their strong mid-season slate with their September programs. Frankly, this might be my favorite of the bunch, too. The show is very interesting and is riveting. It sucks you in and doesn’t make you want it to end. Also, I commend the creator and producers for having a fantastic jazz soundtrack to accompany the show, it adds to the environment.

I really hope you will check out this show, which premieres April 24th, at 10pm on ABC. Let me know your thoughts in the comments below and until next time…Have a Magical Day!