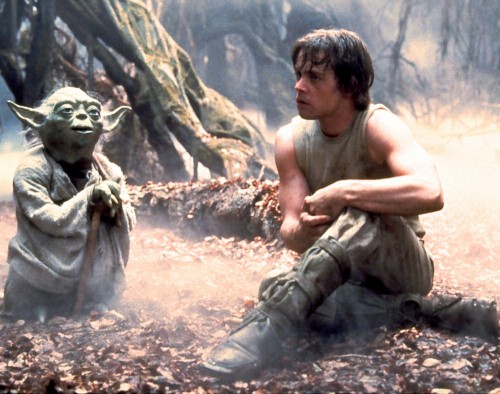 Big news on the intergalactic newswire today. Luke Skywalker, aka actor Mark Hamill, will be making his first ever appearance at a Disney Star Wars Weekends event. He’ll be one of the celebrity guests on June 6-8.

Celebrity guests appear daily in the “Legends of the Force” Star Wars-themed motorcade and in a featured talk show. There might also be other opportunities, but probably not autograph sessions. Instead look for some other special opportunities. Anything Hamill does will likely draw long lines and a big  crowd, so plan to arrive early to secure your spot. They might want to consider using the Indiana Jones arena instead of Premier Theater for his events.

Can’t make it to Star Wars Weekend IV, there are five weekends in total this year:

My hope is that Mark Hamill isn’t the only big announcement Disney World has to make concerning Star Wars. With the acquisition of Lucasfilm, Episode VII in production, and the potential for a whole Star Wars land coming to Disney’s Hollywood Studios, Disney really needs to kick it up a notch. Hamill’s appearances is a great first step. But I’m hoping for more. What would you like Disney to announce at the upcoming Star Wars Weekends?