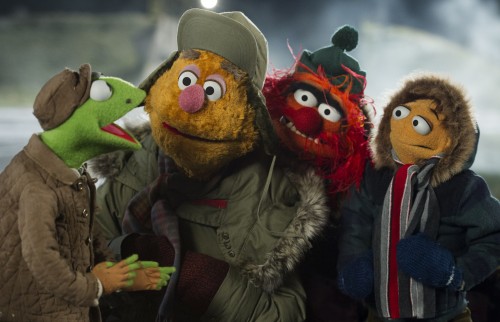 Perhaps those early negative reviews in the Hollywood trade press did me good by lowering my expectations, but I will do you no such favour: Muppets Most Wanted is an extremely enjoyable, nearly perfect follow-up to 2011’s brilliant The Muppets. Prepare to smile for hours afterwards.

This sequel, helmed by returning director James Bobin, is a different kind of animal (forgive the pun), in some ways closer to the older Muppet movies than to the previous installment. While The Muppets was largely about the characters’ emotional experiences—Walter meeting his heroes and reuniting the group to save their old home—that theme is gone here.

Muppets Most Wanted is a comic adventure, taking the gang across Europe, minus poor Kermit, who is sent to a Siberian gulag after being replaced by master criminal and hilariously bad impostor Constantine, the ‘world’s most dangerous frog’.

Constantine has some help from Dominic Badguy, played by Ricky Gervais, who earlier uses classic con man techniques to pressure the Muppets into signing him as their tour manager. (“So humble and honest”, remarks Fozzie.) With Badguy in place, Constantine has the perfect cover for his plot to steal the English crown jewels.

On their trail are Sam the Eagle, employed by the CIA, and Interpol agent Jean Pierre Napoleon, played by Ty Burrell. Burrell plays up the absurd with Napoleon, a stereotypical, vacation-loving Frenchman, and it’s a lot of fun to watch. 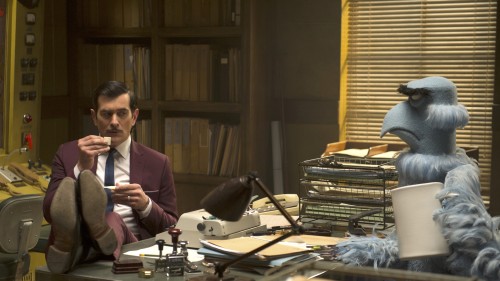 Before anyone accuses me of being some sort of sequel apologist, or one of Badguy’s shill reviewers (watch the movie), I will freely state that The Muppets is still the better film. Critically acclaimed and so joyful I nearly put my review into song, it was always going to be a very tough act to follow.

Other than the top-notch opening number “We’re Doing a Sequel”, the original songs here aren’t as good as they were last time around. Not only is Siberian prison guard Nadja, played by Tina Fey, unnecessary to the plot, but her big musical number could have been better.

Still, Constantine’s slimy “I’ll Get You What You Want (Cockatoo in Malibu)” is catchy, not to mention ridiculously funny. As with “We’re Doing a Sequel”, it’ll be stuck in your head for a few days. (They’re both on my iTunes playlist now.)

I also missed Gary and Mary, played by Jason Segal and Amy Adams. I’m not sure they would have had a place in this story, but I would have liked to see a cameo or at least hear them mentioned by Walter, who should also have gotten more screen time. 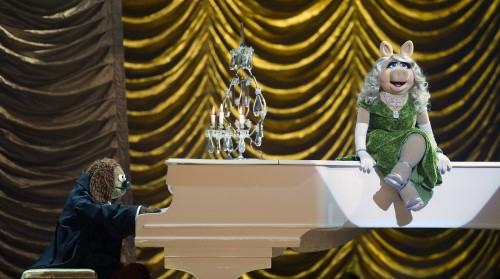 But the gap between The Muppets and Muppets Most Wanted isn’t very wide. Surely some, particularly those who wished for something different in 2011, will enjoy this story more, maybe even a lot more. I think Jim Henson would be just as proud.

And, whether you’re six years old or sixty, this movie will remind you why we love the Muppets as much as we do, and leave you wanting more. The tweet I wrote while leaving the theatre sums it up best: “That was great.”

Muppets Most Wanted is preceded on screens by Pixar’s latest feature-based short, Party Central, which finds Mike and Sulley ‘stealing’ an MU frat party. Louder and crazier than the similarly-themed Toy Story Toon, Partysaurus Rex, it’s a fun appetizer before the main course, with a great ending.

1 thought on “Review: Muppets Most Wanted”