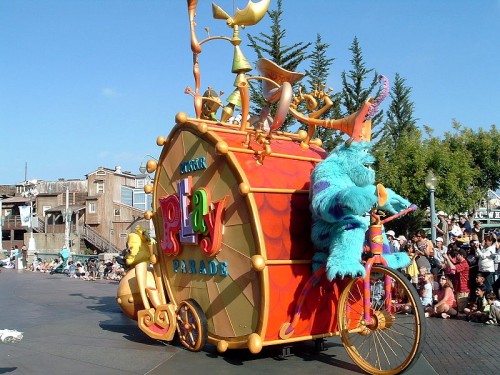 Audio design is one of the aspects of theme park design that often gets overlooked. But the background music and on-stage productions play a key role in setting the mood inside the parks. From running the sound along the performance corridor, to the smaller street shows like “Five & Dime”, to impromptu messaging in case of inclement weather, Audio 1 plays an important role in the park.

Disneyland just released this video with Stage Technician Brian White who takes us behind the scenes to the hidden audio control room inside Disney California Adventure:

Pretty cool to see all those camera banks. I’m sure that’s just a fraction of the security cameras set up in the park.