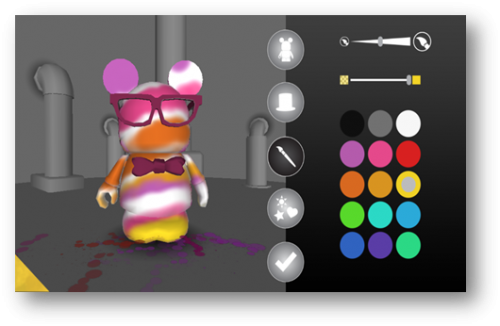 In the spirit of the recently released stop-motion animated film “Blank: A Vinylmation Love Story,” Disney Interactive has released a Vinylmation: Create Your Own app for iOS and Android. The app lets fans express themselves by designing virtual Vinylmation figures. After selecting a 3D Mickey or Minnie Mouse figure to decorate, users can experiment with paint, accessories and decal patterns. Completed creations become a part of the user’s personal collection and can also be exported to the device’s camera role for social sharing. 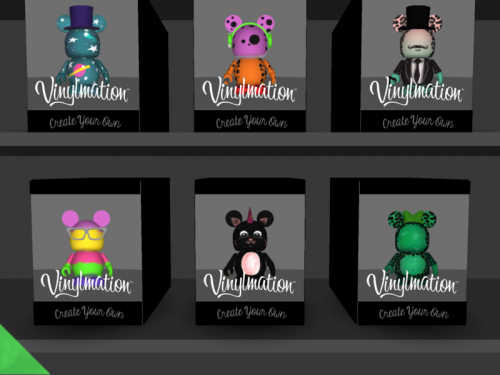 I can’t tell you how happy I am that this is available on both iOS and Android. We android users tend to get overlooked in these things, especially with Disney’s ties to Apple.

As part of the launch of the app, if you tweet an image of your Vinylmation: Create Your Own design to @DisneyInteract using #BlankandBow you’re entered for a chance to win a “Blank: A Vinylmation Love Story” prize-pack and be featured on the Disney Interactive blog!