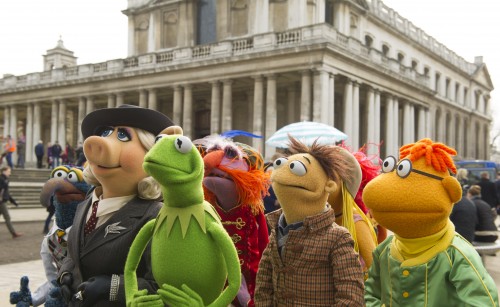 Disney released a splendid new musical trailer for Muppets Most Wanted today, featuring the opening number from the movie, aptly titled “We’re Doing A Sequel”. Needless to say, it’s a lot of fun. I cracked up at the reference to a certain Disney/Pixar franchise.

Watch the trailer on Disney.com or in HD on iTunes Trailers. Muppets Most Wanted opens in theaters on March 21. Attached will be Pixar’s latest feature-based short, Party Central, starring the characters of Monsters University.