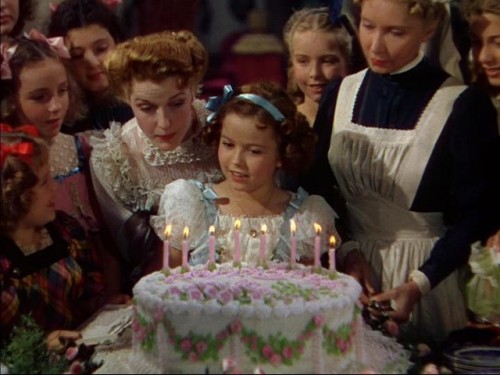 Shirley Temple in “The Little Princess”

Child star and Hollywood legend Shirley Temple Black died on Monday at age 85. As a child in the 1930’s, she tap danced and sang her way into the hearts of America and the world. As an adult she became involved in politics and served as a diplomat and Ambassador to Czechoslovakia.

Would you believe that as a child for all her fame Shirley Temple never starred in a Disney film or TV show? The ‘Studio System’ of the 30s and 40s saw to that. She did, however, serve on the board of The Walt Disney Company later in her life.

Disney fans familiar with the company’s history will remember this famous meeting between Walt Disney and the young star. On February 23, 1939, over a year after Snow White and Seven Dwarfs was nominated for an Academy Award, Shirley Temple presented Walt Disney with a special Oscar for his incredible achievement. “Isn’t it Bright and Shiny. Aren’t you proud of it Mr. Disney.” “I’m so proud, I think I’ll bust.”

Due to the magic of Hollywood, some stars will live on forever, performing in a constellation of the silver screen. Shirley Temple Black is one of those legends who will never be forgotten. Thanks for the laughs, songs, and beautiful memories, Shirley.