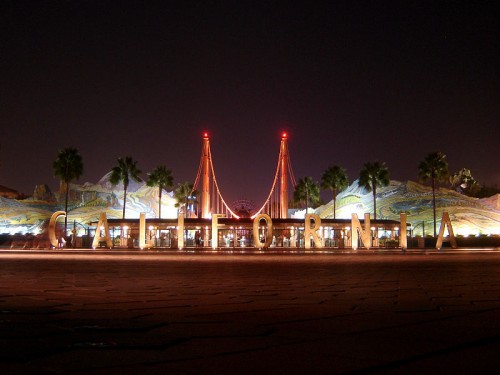 Can you believe thirteen years have passed since California Adventure first opened its gates? The park had a slow start out of the gate, but with a few remodels and expansions over the years, it’s now generally accepted as a success.

To celebrate the park’s anniversary, Disney has created a video showcasing 13 of its most magical moments:

As a guest who camped out in Disneyland the night before DCA’s grand opening, I remember how exciting it was to be a part of something historic at the Disneyland resort. But the park had been in soft openings for weeks before February 8th. We all knew how easily the glitter would come off if you just scratched the surface. It was bad enough that until the big makeover, I only called it California Adventure, in my view it didn’t deserve the Disney moniker.

That said, there was a lot to enjoy in DCA, even right from the beginning. While the average tourist may not have appreciated the unique take on in park entertainment, I was a fan of the shows. It was nice to have a parade route that was built with the intention of hosting a parade. The Eureka parade is still one of my favorites. A lot of detail was put into the park from facades, to architectural styles, the park was always visually appealing.

The “rides to restaurants” mix did leave a lot to be desired, but Soap Opera Bistro was always a blast to dine at. Again, the tourists from Topeka may not have understood, but we locals appreciated the effort of the cast. Having Hyperion Theatre right in the park was always a delight on a hot afternoon. I saw many a great performance there, but they finally scored a crowd favorite with Aladdin. An expanded version of that show is now on Broadway (or very soon at least).

I have not yet been back to see the changes Imagineering delivered in their extreme makeover of the entrance and Paradise Pier and the addition of Cars Land. But the photos show a park transformed. Like Disney’s Hollywood Studios, it seems Disney California Adventure is a park still in search of a theme. But layering in some of Walt Disney’s experiences when he first came to Southern California, are a good start.

I’m looking forward to getting out to DCA real soon and making some new memories. What are your favorite memories of the park?

Note: Thanks to Katie Brockman for help on this article.