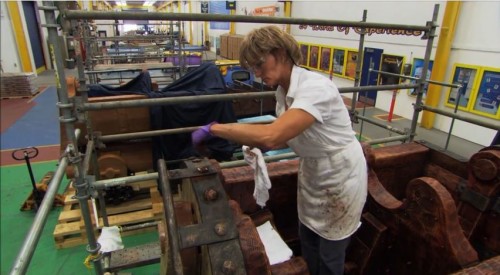 We’re very excited to receive this new video interview with Walt Disney Imagineers Ben Van Beusekon and Mary Mac Eachin who explain the creative process behind designing and producing themed cars for Seven Dwarfs Mine Train roller coaster. In the video, they reveal that in addition to being a part of the attraction’s first of its kind ride system that causes cars to swing back and forth while they travel down the track, the train cars are painted and aged in a way that contributes to the storyline of the attraction.

That’s some amazing detail work, right? The question now is, how long will it be until guests are riding around in those swinging coaster cars?