Watch Tom Hiddleston as Captain America in Thor: The Dark World Out Take 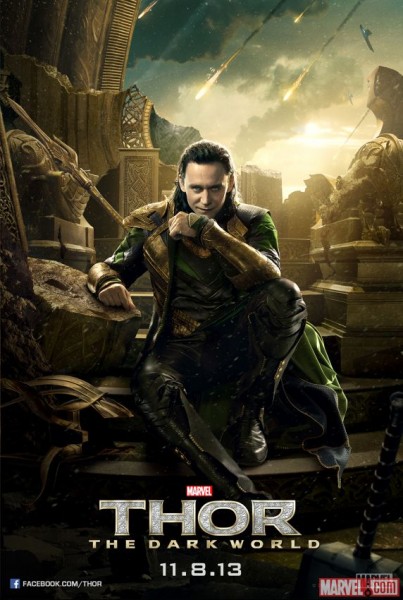 Warning: Thar’ be spoilers ahead for those who did not see Thor: The Dark World in theaters last fall. It’s not a major spoiler, but it is a pretty good guffaw moment in the movie. Actually, if you read the headline of this post you’ve already been spoiled. Sorry. But that means you might as well go ahead and watch this clip from the February 24th Blu-ray release of Thor: The Dark World.

In the clip we’re shown an alternate version of a very special Captain America cameo. Of course, in the theatrical version of the film, Chris Evans was in the famous suit, this take features Tom Hiddleston as Loki in the outfit. Turns out, on the set, Hiddleston was in fact wearing the suit and shield and the Evans’ cameo was digitally inserted over the below footage.

I love out takes. Pre-order your favorite combination of Thor: The Dark World DVD and bonus features today, save up to 30% off the retail price, and support The Disney Blog.