Carrie Fisher On Way To Set of New Star Wars Film Soon, Ford and Hamill Too 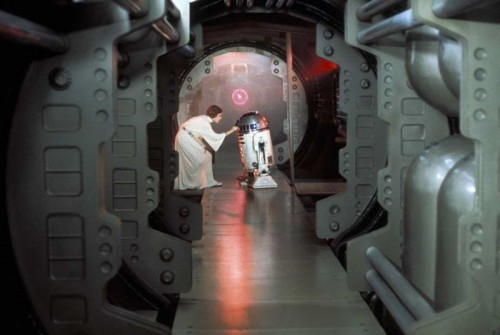 Princess Leia, Han Solo, and Luke Skywalker will be back in the Star Wars sequels, and played by the original actors. Carrie Fisher was quoted in a TV Guide article that she is due on the set of the next Star Wars film as soon as spring of this year. Harrison Ford and Mark Hamill, who played Solo and Skywalker respectively, will be there too.

“I’d like to wear my old [cinnamon buns] hairstyle again — but with white hair,” Fisher said. “I think that would be funny.” No word if she’ll be trying on that bikini from Jabba’s Barge too.

Director JJ Abrams has confirmed the script is finished and that he’s packing his bags to start production on the film. He’s also mentioned that he’ll be shooting film, not digital, and that there will be no IMAX release due the the difficult nature of filming intimate moments with an IMAX camera.