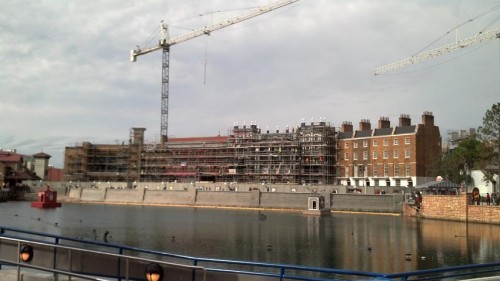 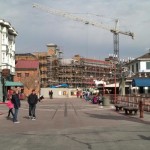 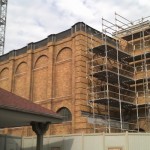 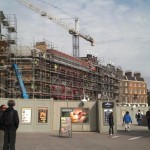 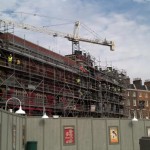 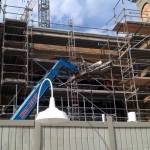 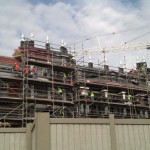 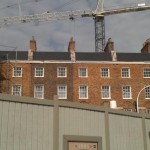 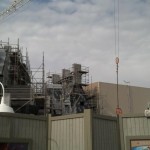 A peak at Diagon Alley and showbuilding 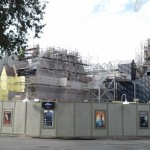 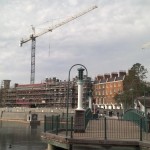 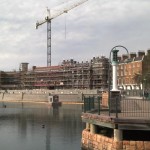 Looking at the London area, Kings Cross station is on the left, Leicester Square is the colorful buildings to the right of the station. Grimmauld Place, the hidden building from the Order of the Phoenix book and movie, has been revealed completely. It does look like that backstage area will eventually get a facade hiding it from public view too.

So what do you think of the progress so far? I can’t wait to find my way into the wizarding world and see what an amazing job Universal’s creative team has done this time.

Oh yeah, one more bonus. Check out the twitter account @AmusementLeaks. They’ve been sharing some amazing blueprints of the Diagon Alley expansion project.