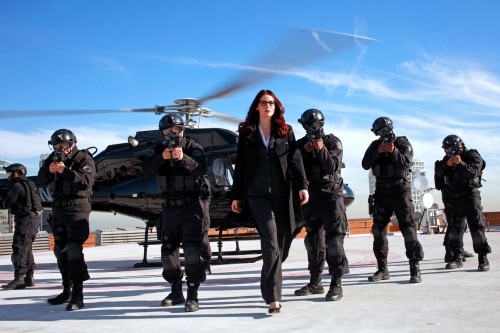 When we left the team before the hiatus Coulson had been captured and we don’t know what happened to Mike in the explosion.

The official synopsis is: “’The Magical Place’ will have Coulson uncovering some very important details surrounding the mystery of his death. Centipede is hot on their trail though, and the new found information will cost one of the members of S.H.I.E.L.D.”

ABC has released the first two minutes of the episode as well as a confrontation between Victoria Hand and Skye. Both clips are interesting but I’m really looking forward to getting some answers about Coulson’s death.

Coming back to the second half of the season it looks like we will finally get some of those answers as well as some about Skye’s past.

ABC has also teased the introduction of a new super villain and two new agents joining the team. By the looks of the promos so far we will also be seeing more Victoria Hand this half of the season as well.

Are you ready to find out why Tahiti is such a magical place? Episode 11 airs tonight at 8:00 p.m. ET on ABC!