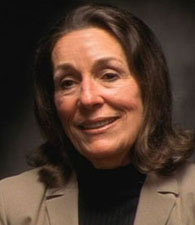 Walt and Lillian’s daughter Diane died today after suffering complications from a fall she took at home in September. Like her mother, Diane Disney Miller choose not to operate from the boardroom, but rather preserved the legacy of her mom and dad by ensuring the completion of the Disney Hall music complex in Downtown Los Angeles and the Walt Disney Family Museum in San Francisco. She was 79.

We at The Disney Blog are very saddened to hear this news. Our condolences to her friends and family in this difficult time.

Diane Marie Disney was born December 18, 1933. The Disney’s later adopted a second daughter Sharon. Diane and her husband Ron, a professional football player, were married in 1954 and he later ran the Walt Disney Company in 1978. Ron and Diane had 7 children. In 1976 the couple bought two vineyards in the Napa Valley area of California and opened Silverado Vineyards. Since that time Diane considered the bay area her base of operations.

Us Disney fans owe Diane a considerable debt. First for her steerage of Walt and Lillian’s legacy in the Disney Hall, and later for the creation of the Walt Disney Family Museum.

previousStaying Off Site? How The New Fastpass+ May Change That.
nextOnce Upon a Time in Wonderland 1-6 Preview – Who’s Alice?